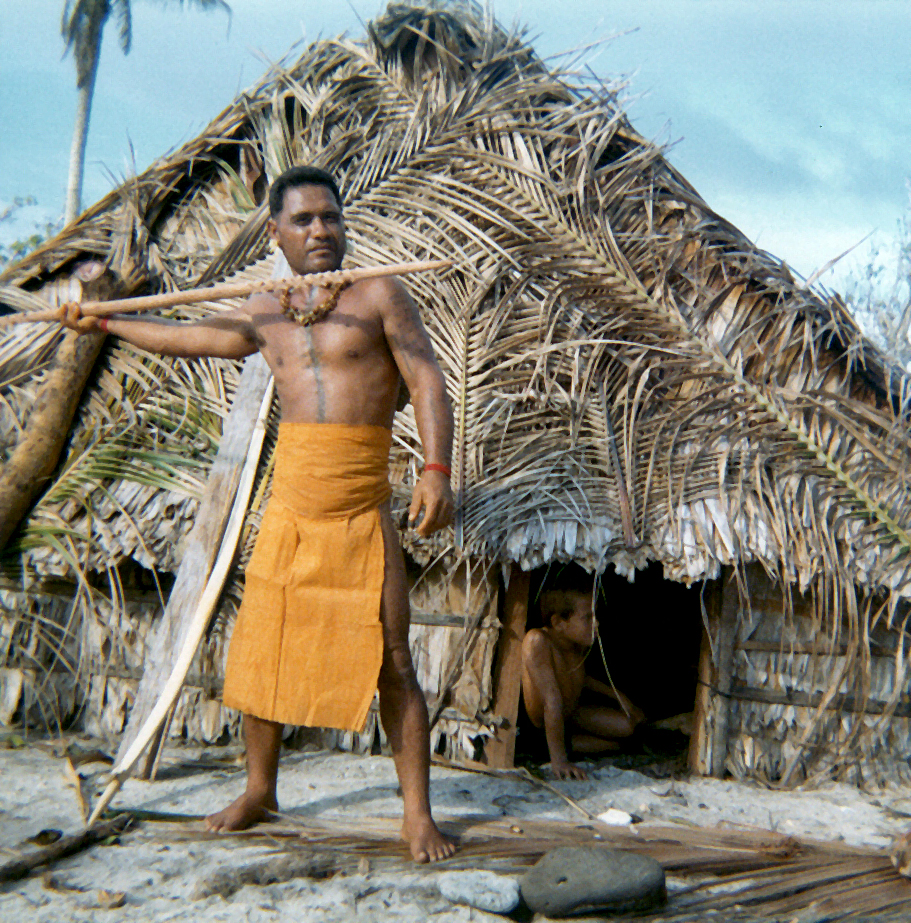 Anuta’s history is interwoven with its stories. In fact, much of what we know about Anuta’s history is based on a repertoire of historical tales, known as araarapanga, that have been carefully preserved and retold over the course of generations. Many of these araarapanga, told by master storytellers Pu Nukumarere and Moses Purianga, have been collected in Richard Feinberg’s book Oral Traditions of Anuta: A Polynesian Outlier in the Solomon Islands (New York and Oxford: Oxford University Press, 1998). Here is an account of how the ancestors of Anuta’s current population first came to the island.

But Anuta also has many stories that do not recount the historical deeds of Anutans, and yet form an important part of the fabric of Anutan communal life.

Some of these narratives belong to a genre known as taratupua, literally “stories of gods (or spirits).” Taratupua tell, for example, of how the great trickster Motikitiki (known in other parts of Polynesia by names like “Māui”), fished the island of Anuta up from the bottom of the sea. Another such story is the tale of Kariti and Tapaki, beautifully told here by Lazarus Keve Mapi.

The third genre of stories recognized by Anutan oral tradition are stories neither about prominent gods nor about historical mortals. These tangikakai, which we might gloss as “fairy tales” or “wonder tales,” are marvelous fictions about heroes and monsters, love and magic, revenge and redemption. Here is one, the tale of the warrior Maukia Taranga and the eight-headed demon Urumangavaru, told again by Keve Mapi.