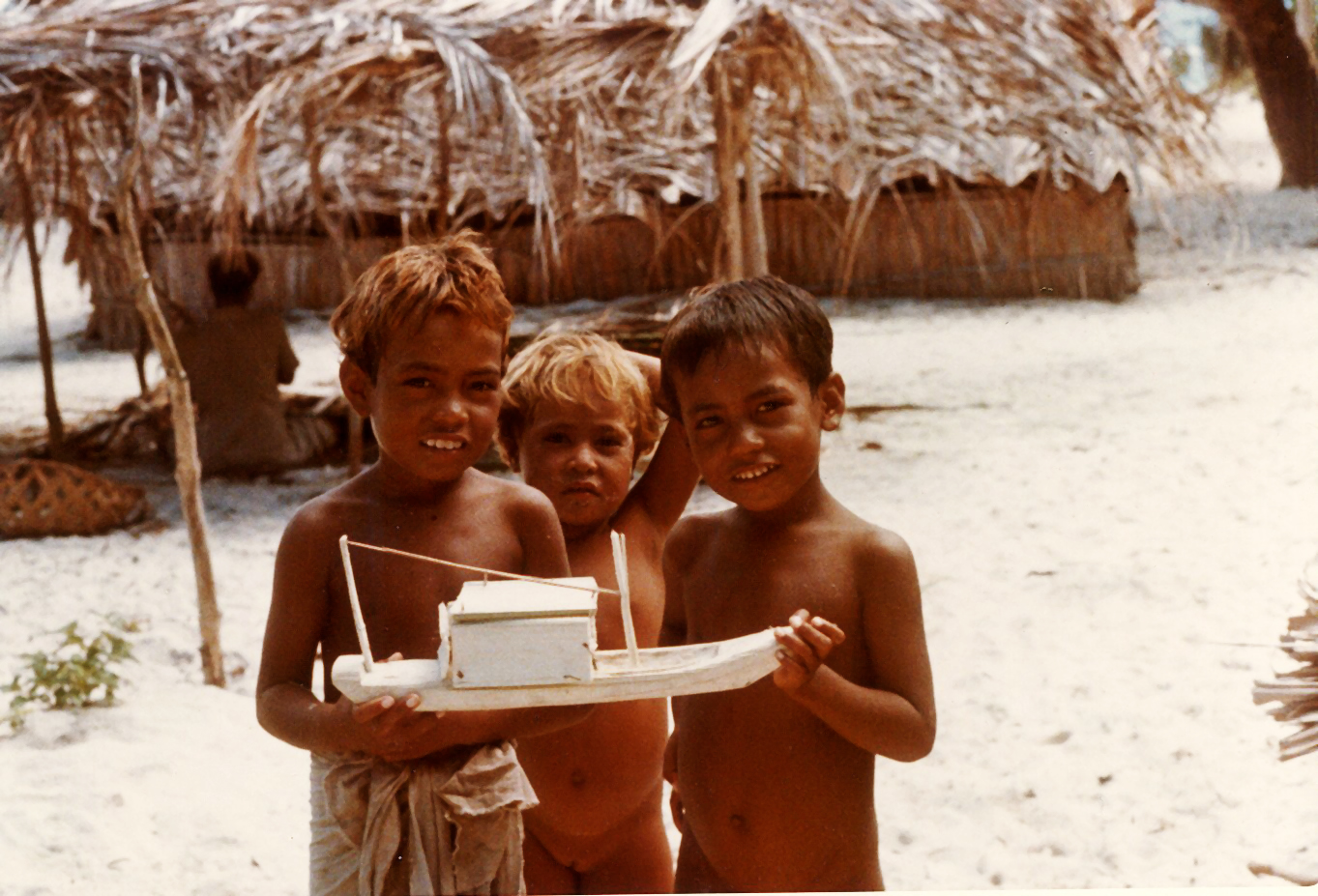 Anutans create a variety of visually remarkable objects, some of primarily aesthetic value, some whose value is also ceremonial, and others that are primarily utilitarian, yet no less beautifully made. In the photograph above from 1972, Joseph Poraumatua, his big brother Robert Pakapuu, and their little sister Charlotte hold up a model European ship made by Robert. Elsewhere on this site you’ll images of Anutan canoes and spears. Some items from Anuta have been donated to the Smithsonian Institution in Washington, D.C. Here is a list of the items in that collection.